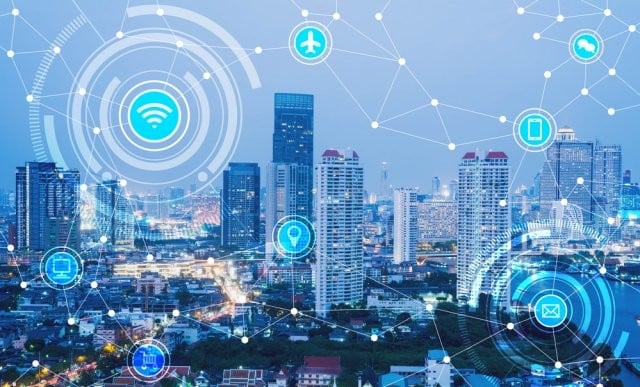 With the advent of smart cities, and society’s obsession of ‘being connected’, data networks have been overloaded with thousands of IoT sensors sending their data to the cloud, needing massive and very expensive computing resources to crunch the data.

Is it really a problem?

The collection of all these smaller IoT data streams (from smart sensors), has ironically resulted in a big data challenge for IT infrastructures in the cloud which need to process

massive datasets – as such there is no more room for scalability. The situation is further complicated with the fact, that a majority of sensor data is coming from remote locations, which also presents a massive security risk.

It’s estimated that the global smart sensor market will have over 50 billion smart devices in 2020. At least 80% of these IoT/IIoT smart sensors (temperature, pressure, gas, image, motion, loadcells) will use Arm’s Cortex-M technology, but have little or no smart data reduction or security implemented.

The current state of play

Namely, how do we reduce our data that we send to the cloud, ensure that the data is genuine and how do ensure that our Endpoint (i.e. the IoT sensor) hasn’t been hacked?

The cloud is not infallible!

Traditionally, many system designers have thrown the problem over to the cloud. Data is sent from IoT sensors via a data network (Wifi, Bluetooth, LoRa etc) and is then encrypted in the cloud. Extra services in the cloud then perform data analysis in order to extract useful data.

So, what’s the problem then?

This model doesn’t take into account invalid sensor data. A simple example of this, could be glue failing on a temperature sensor, such that it’s not bonded to the motor or casing that it’s monitoring. The sensor will still give out temperature data, but it’s not valid for the application.

As for data reduction – the current model is ok for a few sensors, but when the network grows (as is the case with smart cities), the solution becomes untenable, as the cloud is overloaded with data that it needs to process.

No endpoint security, i.e. the sensor could be hacked, and the hacker could send fake data to the cloud, which will then be encrypted and passed onto the ML (machine learning) algorithm as genuine data.

Over the last few years, hundreds of silicon vendors have been placing security IP blocks into their silicon together with a high performance Arm Cortex-M4 core. These so called enhanced micro-controllers offer designers a low cost and efficient solution for IoT systems for the foreseeable future.

A lot can be achieved by pre-filtering sensor data, checking it and only sending what is neccessary to the cloud. However, as with so many things, knowledge of security and algorithms are paramount for success. 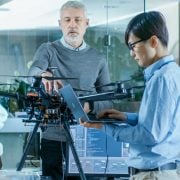 How sensor measurement can improve the performance of drones 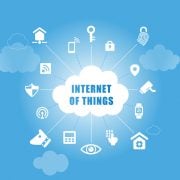 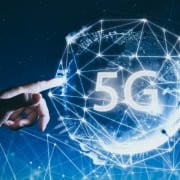 The roll-out to 5G: enabler for Industry 4.0

The Benefits of AIOT: “Lower Costs or More Efficiency” 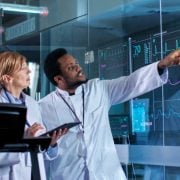